New phone plan? These 6 smartphones are coming next week; Moto and Reality also in the list 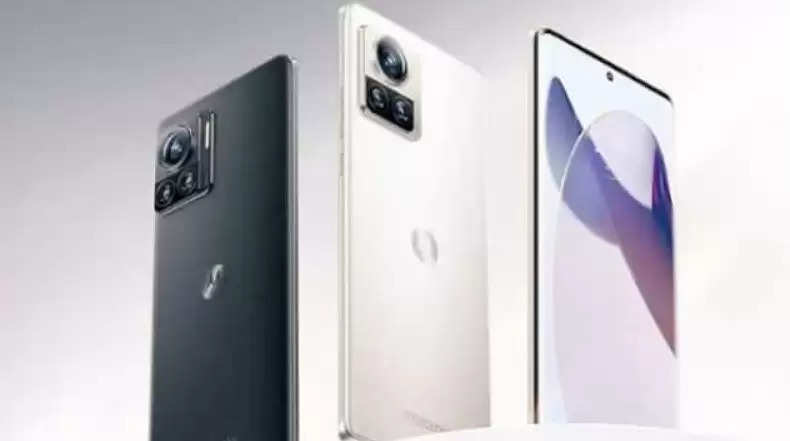 Newz Fast, New Delhi: If you are planning to buy a new smartphone, then we are going to tell you about 6 such phones, which are ready to knock in the market next week.

The list includes brands like Motorola, iQOO and Realme. If there is a plan to buy a new smartphone, then a lot of new phones are ready to be launched this month.

Today we are going to tell you about such phones, which are ready to knock in the market next week. Actually, next week 6 launches are confirmed and many details have been revealed about them before the launch.

We have prepared a list of these 6 phones, in which along with photos, you have told about their features and possible price. The list includes legendary brands like Motorola, iQOO and Realme. See in the list which phone will be better for you...

1. Motorola Edge 30 Ultra
Motorola is ready to launch a powerful phone named Motorola Edge 30 Ultra in the country. The phone will come with Snapdragon 8+ Gen 1 chipset, 144Hz display, 12GB RAM, 125W fast charging and 50W wireless charging support.
The company claims that this will be the first phone in India to come with a 200MP camera. It will be launched on September 13 and the price is expected to exceed Rs. 50,000. The phone will be available for purchase exclusively on Flipkart.

It appears to be a rebranded Realme C30s which will launch just a day after the release of this phone. The Narzo 50i Prime is said to come with a 6.5-inch display, a massive 5000mAh battery with 10W charging support. According to the reports, the price of the phone will be less than Rs 10,000.

4. Realme C30s
Realme C30s will launch in India on September 14 at 12 noon. It will come with HD+ display and a massive 5000mAh battery and a single rear camera.

The device will be equipped with Unisoc T612 chip and will come with a side mounted fingerprint sensor for security, which the company claims will unlock the phone in less than 1 second. According to reports, the 2GB RAM variant of the phone will cost Rs 2,999 and the 3GB variant will cost Rs 8,799.

5. iQOO Z6 Lite 5G
iQOO will launch an entry-level 5G phone in the country. The brand has confirmed that it will bring the iQOO Z6 Lite 5G with Snapdragon 4 Gen 1 chip.
This will be the first phone in India to come with this chipset. Other specs of the phone will also be interesting. The phone is said to come with a 120Hz display, 6GB of RAM, and a 50MP main rear camera. According to a report, the 4GB RAM variant of the phone will cost Rs 13,499 and the 6GB RAM variant will cost Rs 14,999.

6. Realme GT Neo 3T
The list also includes the Realme GT Neo 3T and the company will launch it in India on September 16. The device is already available in China and is likely to come with similar features in the Indian market.
The smartphone will sport 120Hz display, Snapdragon 870 chip and 80W fast charging support. Since it has Snapdragon 870, it will rival the Poco F4 and iQOO Neo 6. The phone can be launched for around Rs 30,000.