This is the biggest weakness of Team India before the T20 World Cup, fear of breaking the dream again 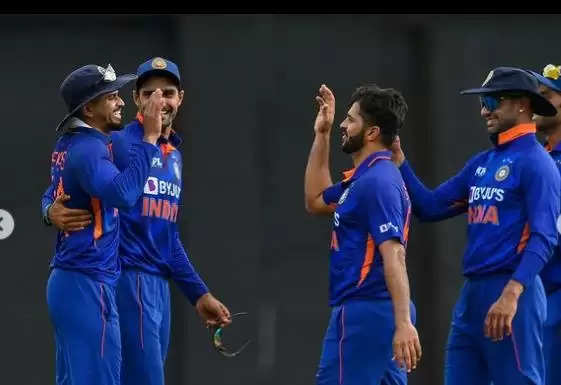 Newz Fast, New Delhi: Globalization cricket is at its peak in the last decade or two with the rise of leagues across the world. However, Australia is still very different from other countries in terms of playing conditions.

Like every other team, India is also preparing for the T20 World Cup 2022 in Australia. But the busy international calendar will not allow them to be 100 percent ready.

Hence, they have to focus on tactical smartness and experience for the desired result. Globalization cricket is at its peak with the rise of leagues across the world in the last decade or two. However, Australia is still very different from other countries in terms of playing conditions.

Getting ready for Australia
When teams travel to Australia in October-November for the T20 World Cup, there are certain things to keep in mind. Bigger ground, less help for the spinners, proper bounce for the fast bowlers, more good shots for the batsmen and variations in par scores are things that teams will have to keep in mind.

A lot of non-Indian players, especially T20 stars, get to play in the Big Bash League. So they already know about the different playing conditions in Australia.

But, since Indian players are not allowed to participate in foreign leagues and they play only in IPL (domestic tournaments like Syed Mushtaq Ali Trophy). Circumstances during the World Cup may take some of them by surprise.

Team India will enter Asia Cup
Currently India is playing in Zimbabwe. After this, the Asia Cup, starting on August 27, will be played. It will be followed by home series against Australia and South Africa in September and October, comprising a total of 6 T20Is and three ODIs, ending on 11 October.

Given their hectic schedule, the Rohit Sharma-led team cannot organize a preparatory camp in Australia ahead of the T20 World Cup.
As such, India will have to make the best use of the two practice matches, which will be played by the International Cricket Council (ICC) on 23 October at the Melbourne Cricket Ground before starting their campaign against Pakistan in the Super 12 match of the mega-event.

Responsibility will rest on Rohit-Dravid
Apart from experience, captain Rohit Sharma and head coach Rahul Dravid will also have to do their best strategically. They can study the conditions in Australia during the Big Bash League and international fixtures this summer and understand the specific skills needed to be successful.

In terms of data and analysis, they will look at all the matches that have been played in Australia in the last few years. This information can prove to be important in terms of team selection. It is believed that they can give a chance to an additional wrist spinner or an extra bowler.