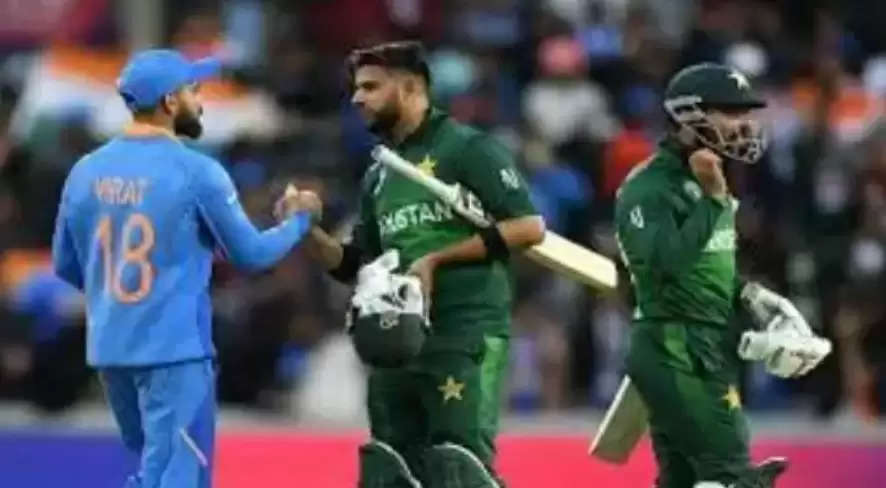 Newz Fast, New Delhi: Pakistan needed just 11 runs to win in the 20th over. Naseem gave victory to Pakistan by hitting a six off two balls of Fazlhaq Farooqui.

Pakistan captain Babar Azam on Wednesday said he had faith in 10th-order batsman Naseem Shah after registering a win against Afghanistan in the Super-4 stage of the Asia Cup T20 tournament.

Pakistan needed just 11 runs to win in the 20th over. Naseem gave victory to Pakistan by hitting a six off two balls of Fazlhaq Farooqui.

Babur's big statement
After the match, Babar said at the award ceremony, "To be honest, there was a very tense atmosphere in the dressing room.
We could not build partnerships in this match as in the last few matches. However, after the way Naseem finished the match, you can feel the 'positive atmosphere'.

Salt sprinkled on India's wounds
Comparing Naseem's six with Javed Miandad's last-ball six against India at the same ground in 1986, he said, 'I have seen Naseem bat like this, so I had a little faith.

It reminded me of the six hit by Miandad on this ground. One needs to take wise risks against them. Our plan was to take the match till the last over.

We again failed to finish the match in our favour. We did not give up on any level. I asked Farooqui to bowl accurate yorkers or slow bouncers in the last over.