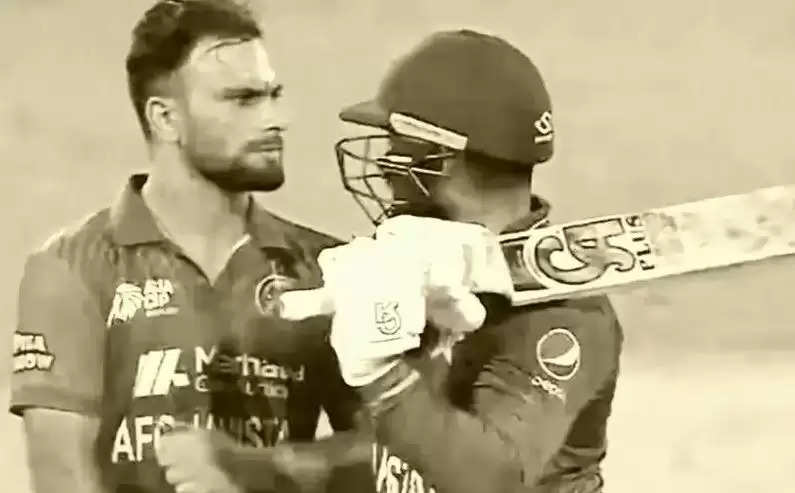 Newz Fast, New Delhi: Pakistan's Asif Ali and Afghanistan's fast bowler Farid Ahmed have been fined 25 percent of the match fee due to a clash during the Asia Cup Super 4 stage match.

In the Super Four match of the Asia Cup T20 tournament on Wednesday, Pakistan has entered the final after defeating Afghanistan. There was a ruckus in this match due to which the players of both the teams clashed on the middle ground.

In this match, a scuffle between Pakistan batsman Asif Ali and Afghanistan fast bowler Farid Ahmed was avoided but now these two players have been severely punished by ICC.

Both were found guilty
Asif Ali of Pakistan and fast bowler Farid Ahmed of Afghanistan have been fined 25 percent of the match fee due to the clash during the match in the Asia Cup Super 4 stage.

Farid also guilty
Farid was found guilty under Section 2.1.12 which deals with improper physical contact with the player association list of umpires, match referees or any other person.

After this incident, there is constant talk of banning Ashiq on social media, although both the players have been fined by the ICC.

What was the matter
On the fifth ball of the 19th over, Pakistan batsman Asif Ali was caught out while playing a big shot off Farid Ahmed's ball. The Afghan bowler Farid Ahmed then celebrated in an aggressive manner towards Asif Ali.

After this, Pakistan's batsman Asif Ali got angry at Farid Ahmed's celebration and first pushed the bowler and then showed him his bat. When Asif Ali picked up the bat, other players of Afghanistan intervened and stopped him.