Weather Update Today: Alert of heavy rain in these 20 districts of UP, know how the weather will be in other states today 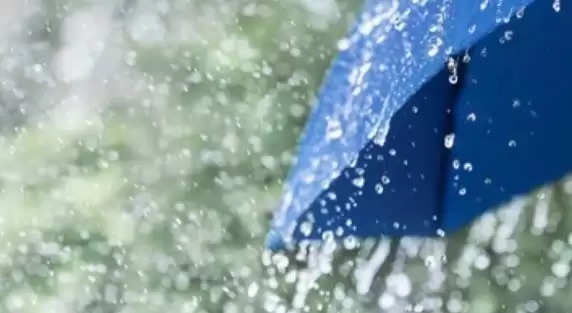 Newz Fast, New Delhi: Weather Update 1 September The monsoon season is not over yet. The Meteorological Department has issued an alert of heavy rain in many states of the country today i.e. on Thursday. Cloudy weather will prevail in many states including Delhi. Know how the weather will be today in UP Bihar MP?

The tentative date for the end of the monsoon season has arrived. Meanwhile, torrential rains are continuing in many states.

From UP in the north to Kerala in the south, there are situations like flood due to rain. Meanwhile, the Meteorological Department (IMD) has issued a warning for the coming days.

The weather pattern in UP is changing rapidly. Monsoon has become active once again in UP. There is an alert of the Meteorological Department that, from September 1 to September 7, there will be rain in many districts of Purvanchal of UP.

Heavy rain is predicted for Thursday and Friday. A yellow alert has been issued for rain and thundershowers in eastern Uttar Pradesh till September 3.

The Meteorological Department also believes that winds at a speed of 70 kmph can also occur in these districts. Light rain and thundershowers may occur in some districts. Caution is needed.

Heavy rain likely in these districts of Bihar
According to the Meteorological Department, there is an alert of rain with thunder in many districts including the capital Patna on Thursday. On the other hand, very heavy rainfall is forecast in the Terai districts of Araria, Kishanganj, Purnia, Katihar, Madhepura.

On Friday also, there is a warning of heavy rain at one or two places in Supaul, Madhepura, Araria, Kishanganj, Purnia and Katihar districts. People have been appealed to be cautious.

Light to moderate rain with one or two heavy spells may occur over Madhya Pradesh, Chhattisgarh and Kerala.