Weather News: Chances of rain in these districts, know the weather condition in your state 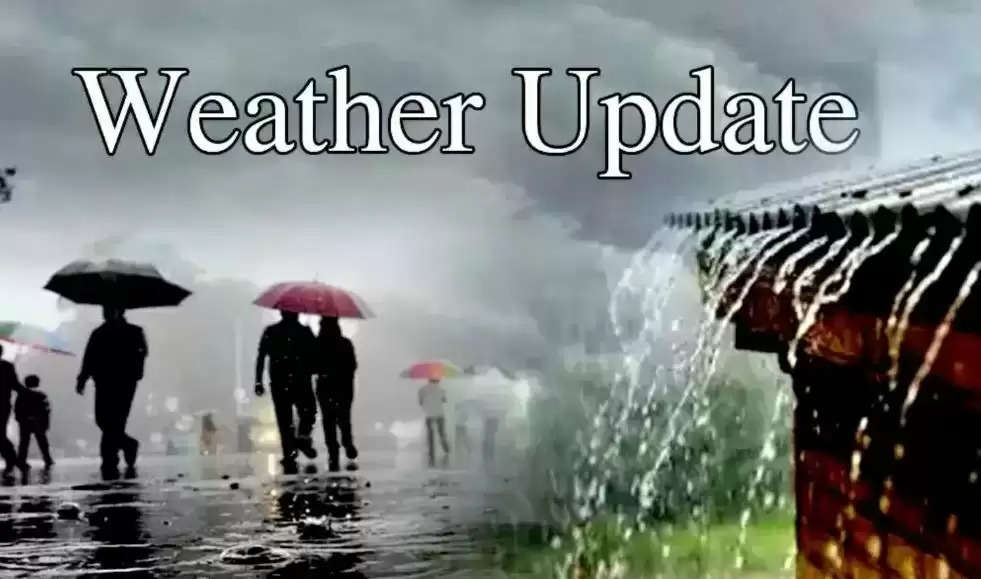 Newz Fast, New Delhi: After the monsoon has gone, now the rain has stopped, but according to the Meteorological Department, West Bengal, Sikkim, Karnataka, Kerala, Tamil Nadu, Puducherry, Chhattisgarh, Madhya Pradesh, Bihar, Arunachal country, Assam on Thursday In Meghalaya, light to moderate rain may occur at some places.

After the onset of monsoon, now the activities of monsoon have weakened in the northwest and central parts of the country. Due to which the process of rain has stopped now. The monsoon trough has reached the foothills of the Himalayas.

Know full details
It is being speculated that monsoon 2022 is going goodbye. However, a trough remains from Tamil Nadu to Madhya Pradesh, Interior Karnataka, Madhya Maharashtra and Marathwada. Due to this effect, heavy to moderate rain may occur in some states.

At the same time, according to the information of the Meteorological Department, there is a possibility of less rainfall in August and September in the eastern and north-eastern states of the country. Drought is also expected in most parts of these states. The region received below normal rainfall in June and July and the chances are still weak. September is the last month of the rainy season. There is little rain in it. There is little hope that the situation will improve.

At the same time, heavy rain is expected at some places in Bihar, East Uttar Pradesh, Bihar and Jharkhand, Uttarakhand. Apart from this, light rain is possible over Jammu and Kashmir, Himachal Pradesh, Odisha, Coastal Andhra Pradesh, Gujarat and East Rajasthan.

The Southwest Monsoon usually returns by September 17, but is delayed if the weather systems continue to form. It should be hoped that the monsoon is kind and the rest of the parts also leave by drenching.