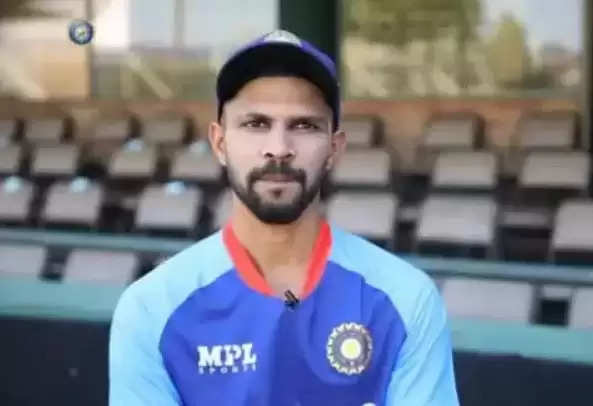 Newz Fast, New Delhi: In this interview, he was asked whether training with MS Dhoni or dinner with Sachin Tendulkar? Rituraj answered this question with great care.

Indian batsman Ruturaj Gaikwad has already proved his credentials in the IPL. He plays for Chennai Super Kings (CSK), one of the most successful franchises in the IPL.

Recently, Rituraj Gaikwad has answered some funny and tricky questions in a video of BCCI.

In this interview, he was asked whether training with MS Dhoni or dinner with Sachin Tendulkar? Rituraj answered this question with great care.

He said, 'First training session with MSD and then dinner with Sachin Tendulkar.' Rituraj revealed in this video that if he was not a cricketer, he would have been playing tennis.

Talking about tennis, asked him with whom will he train - Novak Djokovic or Rafael Nadal. On this, the 25-year-old player did not name any of these two.

He took the name of Roger Federer in response. On the question of favorite cricketer, Tamil Nadu cricketer took three names. He said- Sachin Tendulkar, Virat Kohli and Rohit Sharma.

Due to the tough competition in the Indian cricket team, the young player did not get as many opportunities. He is currently part of India's 2nd ODI team, which is in Zimbabwe for a three-match ODI series.

India has captured this series. In all three matches of the series, Gaikwad sat on the bench.