To become wealthy, do these measures by this evening, know the complete method 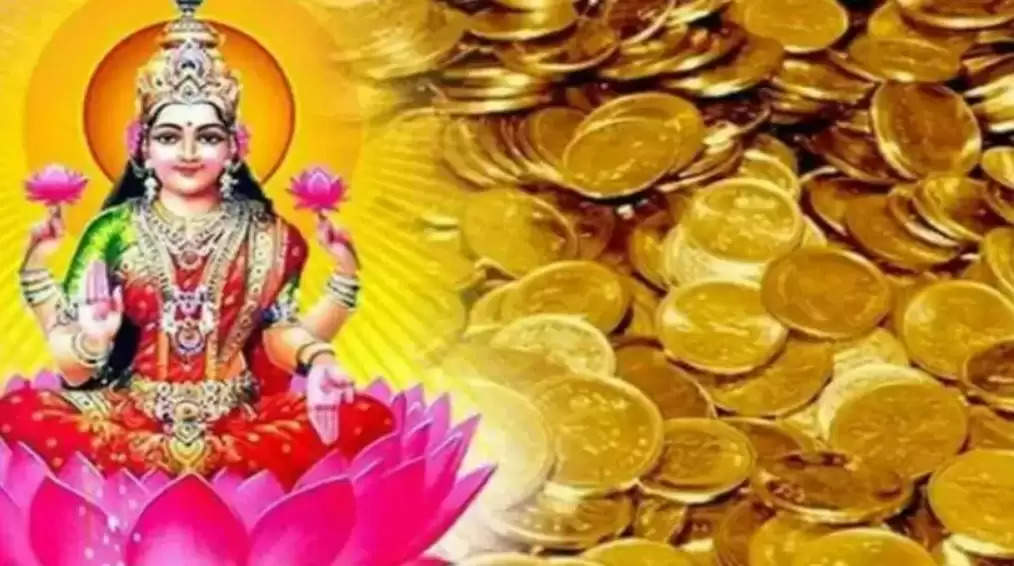 Newz Fast, Viral Desk: According to Snatan Dharma, Friday is dedicated to Goddess Lakshmi. Special worship of Mata Lakshmi on this day. Worship is done. Know what measures are taken on Friday to bring blessings in the house.

In Hinduism, Goddess Lakshmi is considered the goddess of wealth, with Friday being specially dedicated to her worship.
At the same time, you can worship mother to get happiness and prosperity in your life. Please tell that on Friday, Goddess Lakshmi is worshiped and fast is kept.

According to astrology, by doing some measures on Friday, the position of the planet Venus is strengthened and mother Lakshmi arrives at home. Know what measures are taken on Friday to get happiness-prosperity-
1. Turmeric must be used on Friday as well as Thursday. On this day the main door should be cleaned before taking a bath in the morning. Put turmeric in water and sprinkle it at home. It is believed that by doing this Maa Lakshmi resides in the house.

3. Recitation of Shri Sukta- Shri Sukta of Mata Lakshmi should be recited on Friday evening. Apart from this, Kanakdhara Stotra should definitely be recited. This pleases Goddess Lakshmi.

4. On Friday, sixteen adornments including red bindi, chunari, bangles should be offered to Goddess Lakshmi. It is believed that by doing this, the husband's life is prolonged. Luck comes.

5. On Friday, while lighting a lamp in the name of Goddess Lakshmi, make a candle made of Kalava instead of cotton. Due to this the grace of Maa Lakshmi remains.

6. It is considered auspicious to have Kheer day on Friday. Make clean kheer on Friday and offer it to Goddess Lakshmi.

Do not do this work even by forgetting during Pitru Paksha, life can be surrounded by problems
7. To increase wealth and wealth, on Friday, meditate on Mata Lakshmi with five red flowers. Then put them in the cupboard or safe. It is believed that by doing this, Goddess Lakshmi enters the house.

8. After worshiping Goddess Lakshmi, aarti should be performed by placing two cloves in four camphor pieces in a plate. It is believed that doing so pleases Goddess Lakshmi.

9. If you are leaving home for any financial work, then go out after eating sweet curd. It is believed that doing so does not hinder any work.