This player was making fun of Sachin Tendulkar by calling him old, this answer of Sehwag created a sensation 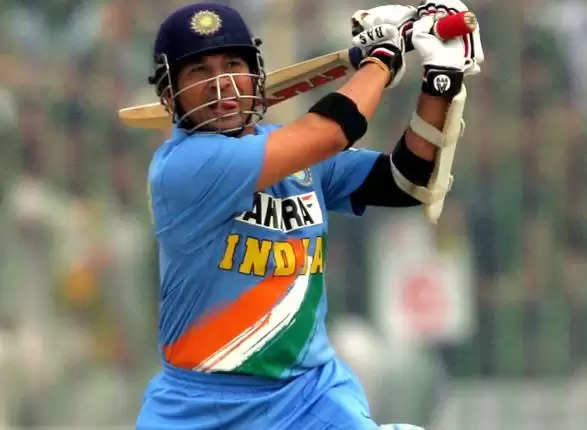 Newz Fast, New Delhi: Once on the cricket field, Australian batsman Michael Clarke was commenting on Sachin Tendulkar and calling him old. Sachin did not give any answer to this, but the answer given by Virender Sehwag, who was batting with him, created a sensation.

Sachin Tendulkar, who was the great batsman of India, is called the God of Cricket. During his career, Sachin Tendulkar never messed with any opponent player without reason, but there were many players who did not hesitate to comment on Sachin Tendulkar.

Once on the cricket field, Australian batsman Michael Clarke was commenting on Sachin Tendulkar and calling him old. Sachin did not give any answer to this, but the answer given by Virender Sehwag, who was batting with him, created a sensation.

Michael Clarke was calling Sachin old
During a show of comedian Kapil Sharma, Virender Sehwag, referring to this incident, said, 'Me and Sachin Tendulkar were batting against Australia in a match.

In those days, there was a new entry of Michael Clarke in the Australian team. During the batting of Mary and Sachin Tendulkar, Clarke was constantly sparring on Sachin paaji.

He was saying about Sachin that you have become old. You can no longer do fielding. You can't do this, can't do that.'

Sehwag's reply created a sensation
Virender Sehwag further told that after listening to Clark's sneeze for a long time, he went to Clark. Sehwag asked Clarke about his age, 'How old are you? So Clark replied -23 years.

To this Sehwag said, 'You know Sachin's number of centuries in Tests is more than your age.' Even after hearing this, Michael Clarke did not agree, then Sehwag once again went to Clark and told him that your friend You are called pap (pup)?

So Clark said- Yes. On this Sehwag asked another question, 'So what race are you?' After hearing this, Michael Clarke's face became worth seeing.

Sehwag always used to respond to sledging
In cricket, sledging is done to distract the attention of other players. It was said about Sachin that if anyone spoke to him, his ear would remain closed.

They didn't care. However, Sehwag always used to answer the sledging against Sachin. Let us tell you that Sachin and Sehwag are those names of Indian cricket, which hardly anyone can forget.

Sachin Tendulkar Records
Let us tell you that Sachin is called the God of Cricket. He has scored 18,426 runs in ODIs and 15,921 runs in Tests during his career. Sachin has 100 international hundreds to his name in all formats.