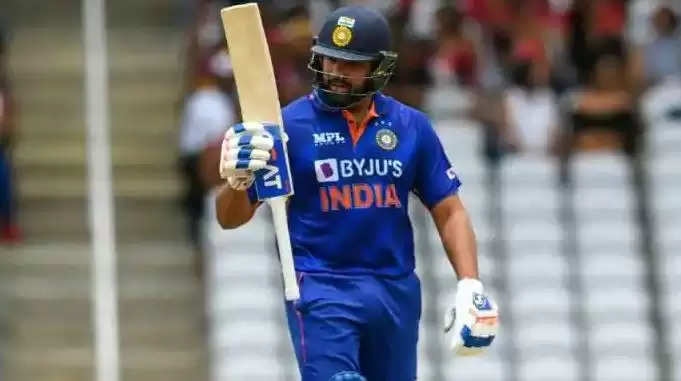 Newz Fast, New Delhi: Former India captain Virat Kohli is back in Team India after a long break. After the first two matches, it seems that he has made a comeback in form as well.

Team India's best game in Asia Cup 2022 is also going on against Hong Kong. Team India has also made it to Super 4 by winning the second consecutive match.

Team India's captain Rohit Sharma must have breathed a sigh of relief after the victory in this match. In this match, the biggest match winner of the team has indicated a return to form. This player was searching for his lost form for the last many years.

This match winner player returned in form
Former India captain Virat Kohli is back in Team India after a long break. After the first two matches, it seems that he has made a comeback in form as well.

Virat Kohli played a short innings in the match played against Pakistan in the Asia Cup 2022, but against Hong Kong he has shown signs of a comeback.

The coming of form of Virat Kohli in a big tournament like Asia Cup is a good news for captain Rohit Sharma.

Half century after months
After scoring 35 runs in the opening match of the Asia Cup against Pakistan, Virat Kohli on Wednesday scored an unbeaten 59 off 44 balls, his first 52 runs in the T20I against West Indies in Kolkata on February 18 this year. First half century.

In this match, Virat Kohli, batting at a strike rate of 134.09, also hit 1 four and 3 sixes. Virat Kohli appeared in a very good rhythm in this match and scored runs all around the field.

Ponting hopes for best form
Two-time World Cup winning captain Ricky Ponting said in the ICC review, 'Hope him to return to his best form and perform the same in the World Cup.'

Ricky Ponting said, 'I would like to see Virat here in Australia as one of the highest run-getters of the tournament

But make sure he doesn't score too many runs against Australia. Let us tell you that the T20 World Cup will be played in Australia at the end of this year.