Sons of these 3 Indian legends can soon make their debut for Team India, may be announced soon 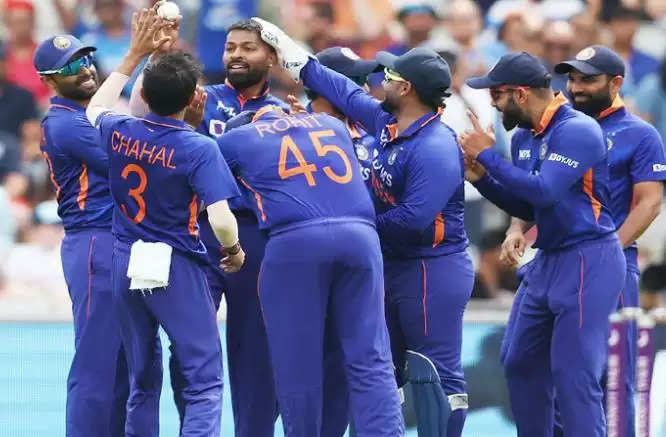 Newz Fast, New Delhi: The son of legendary cricketers like Lala Amarnath and Sunil Gavaskar also got a chance to play for the Indian team. Now there are 3 such former cricketers whose sons are knocking on the threshold of the Indian team.

There have been many such occasions in the history of Team India when both father and son have played cricket at the international level.

1. Sanjay Bangar's son Aryan Bangar
Former cricketer Sanjay Bangar has played only 12 Tests and 15 ODIs for Team India. However, he has been more successful as a coach.

His son Aryan Bangar had shown the best game in the Cooch Behar Trophy some time ago.

Aryan is an all-rounder, he has recently had a contact with the English county junior team Leicestershire, so it would not be wrong to say that he can knock in the national team.

This year he has been included in the Mumbai Indians team of IPL. If he is able to show his bowling skills in the coming times, then the path of Team India will not be difficult for him.

3. Samit Dravid, son of Rahul Dravid
The former captain of Team India, Rahul Dravid, who is also known as 'The Wall' by the whole world, made his place in crores of hearts by performing well in the Indian cricket team for years.

After his retirement, the fans missed him a lot on the field, but now his son Samit Dravid has started following in his father's footsteps to make up for his lack. Like his father, Samit is also working hard in preparing to become a brilliant cricketer.

In the year 2019, while playing in the Junior League organized by the Karnataka State Cricket Association, Samit played an innings of 201 runs and after that scored an unbeaten 94.

Not only this, while bowling, Samit also took three wickets for 26 runs. The committee first came into the limelight in 2015 when he scored three half-centuries for his school Malaya Aditi International while playing Under-12 cricket in Bangalore.
Due to his three innings, his team had won the victory.