Solar Pump: 20 thousand solar pumps will be available on first-come-first-served basis, take advantage like this 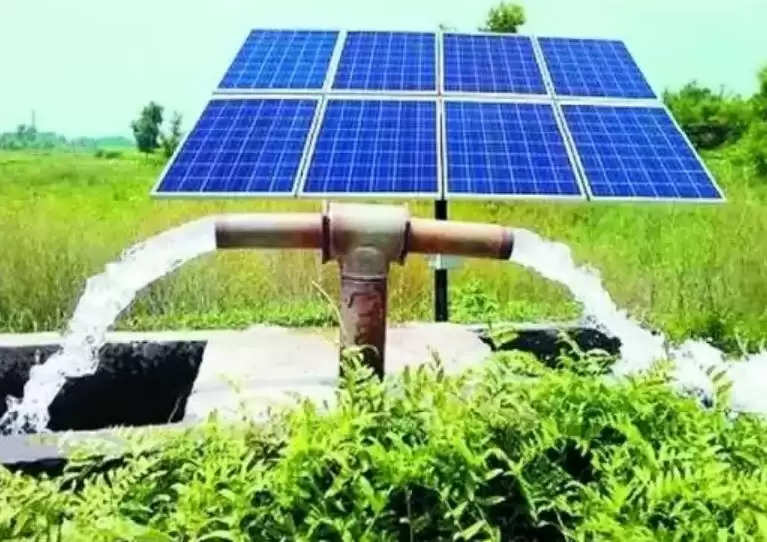 Newz Fast, New Delhi: Farmers are gradually adopting such tricks in their fields which use less water. The government is rapidly working on various options for farmers' income and crop irrigation. One of these is solar pump scheme.

The government is running various schemes for farmers. Farmers get a lot of financial support from these schemes. These schemes have an important contribution in increasing the income of farmers.

In this sequence, the government has now expressed serious concern over the falling ground water level, due to which farmers are facing problems in irrigating their fields.

Farmers are gradually adopting such practices in their fields which use less water. The government is rapidly working on various options for farmers' income and crop irrigation. One of these is solar pump scheme.

20 thousand tube wells will be found in the government scheme

For your information, let us tell you that recently the government of Uttar Pradesh had decided to give 10 thousand solar pumps to the farmers of the state to irrigate the crops well, but now the government has changed its decision.

The government will now provide the facility of 20 thousand solar pumps to the farmers instead of 10 thousand.

This information has been given by Agriculture Minister Surya Pratap Shahi himself, in which he said that the benefits of this scheme of the government will be given on the basis of first come first served.

Apart from this, he also informed that if the tube well gets damaged for any reason, you can get it fixed within 36 hours with the help of the government.

After this decision of the government, a wave of happiness can be seen on the faces of the farmers of the state. Actually, due to lack of rain in the state this year, drought-like conditions are becoming in the fields of farmers.

Farmers of about 62 districts are facing this drought condition. In many districts of the state, cracks have started appearing in the fields. Seeing this problem of the farmers, the government has asked to provide solar pump facility to the farmers as soon as possible.

Apart from this, the Minister of Agriculture of the state has also discussed the proposal on animal husbandry, sugarcane development, fisheries, water power etc. Meanwhile, the government has also decided that soon the benefit of 2 crore nurseries will be received directly by the farmers through the department.