Ration Card: Ration card gets canceled because of this, even you are not doing this mistake 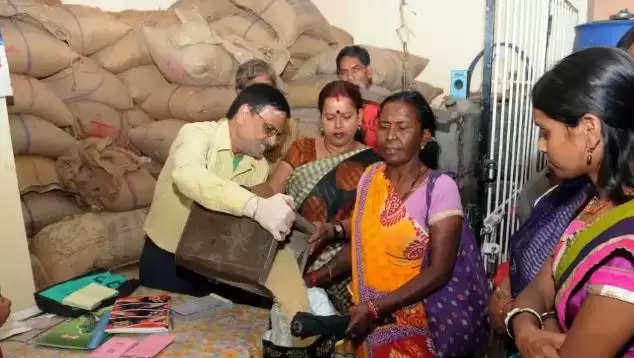 Newz Fast, New Delhi: In the last days, the government also got information that the ineligible are also taking the benefit of 'Free Ration Scheme'. In such a situation, the government keeps changing the rules related to ration card holders from time to time.

There is important news for about 15 crore ration card holders across the country. The government started the free ration scheme for the poor during the corona epidemic. The timing of this scheme of the central government is being completed in the month of September. However, some reports are claiming that the government can take it forward.

It was also said in these reports that legal action would be taken against those who would not surrender the ration card. On these reports, the UP government clarified the situation and said that no such order has been issued.

Action may be taken
However, it is necessary that every card holder is aware of the rules related to the ration card. If you have got the ration card issued wrongly and are taking advantage of the government ration scheme on it, then action can be taken against you on the complaint. If the complaint is found to be true in the investigation, then action can be taken against you. Let us know the rules related to ration card.

Ration card rules
If the ration card holder has a plot / flat or house of 100 square meters taken from his own earnings, four wheeler / tractor, arms license, family income of more than two lakhs in rural areas and 3 lakhs annually in the city, then such people Not suitable to take advantage of the cheap ration scheme of the government.