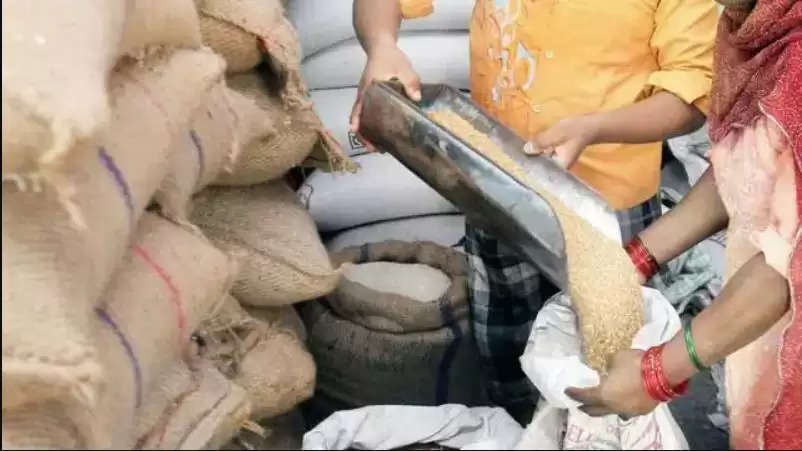 Government can take a big decision
In fact, the government launched the Pradhan Mantri Garib Kalyan Anna Yojana (PMGKAY) in April 2020 to provide relief to the poor during the Corona pandemic.

After this, in view of the situation, this scheme was extended for six months in March this year. Now its new deadline is till 30 September. But at this time inflation has created a ruckus in the country and remains at a high level.

Along with this, global controversies like geopolitical reasons like Ukraine-China dispute have also left no stone unturned in increasing inflation.

In such a situation, the government can hinder this big scheme even further to give relief to the poor. If the government takes this decision, then it will directly benefit 80 crore people of the country.

80 crore people will benefit
According to the report of Hindustan Times, according to the information received from the officials related to this department, the government can announce to pursue this scheme.

According to the information given by the officials, the world has still not recovered from the troubles started by the epidemic and the Russo-Ukraine war. In such a situation, the free ration scheme can be extended further by three to six months to provide relief to the poor.

According to officials, the Pradhan Mantri Garib Kalyan Anna Yojana is the world's largest food security program, with the government having sufficient stock of food grains.

According to officials, the government had also recently reviewed the stock position. That is, if the officials are to be believed, the government is in a position to extend the free ration scheme from September onwards.

An official said, “There is no dearth of funds to help the poor. If this scheme is extended for a quarter, then the government will have to spend Rs 40,000 crore for this. Till now Rs 3.40 lakh crore has been spent on this scheme.

Beneficiaries get these facilities
It is worth noting that there is a provision of 35 kg ration for the card holders. Under the Antyodaya Yojana, the Yogi government had earlier announced to give free ration till 30 June.

Under this, 35 kg ration is given to the beneficiaries. It contains wheat, rice, sugar, pulses and salt. Apart from this scheme, the Yogi government of the state is also providing free ration under PM Garib Kalyan Yojana (PMGKY).

Not only this, sources say that the government is also contemplating to continue this scheme for a long time, so that the beneficiaries can get its benefit.