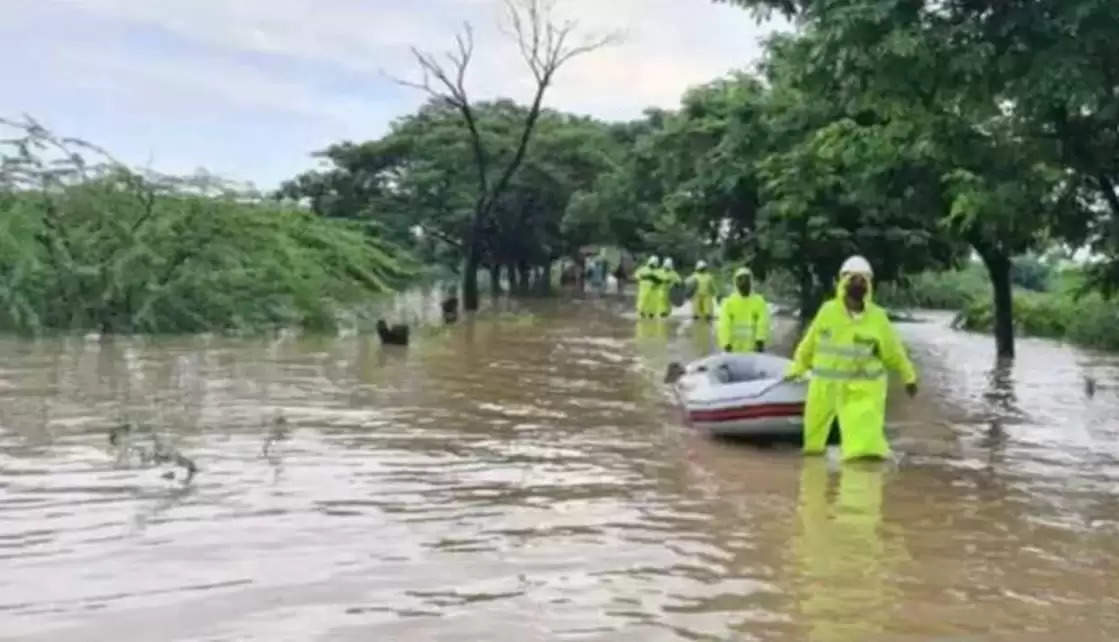 Newz Fast, New Delhi: A new system of weather is being formed again, last year also there was good rain, this time too many districts will be warm

The days of farewell to the monsoon rains in July and August have arrived. But the returning monsoon will once again make you realize that in this monsoon shift, the situation of floods, the spate of rivers etc. is not to be forgotten.

Monsoon will come again and will return with less or more rain. Therefore, there is a need to be alert even at the time of farewell.

According to experts, monsoon enters Rajasthan in the month of July from Jhalawar district and usually the monsoon returns in the month of September. But before returning, the weather system is active once again and there is good rain in many areas.

Last year also, before the return of monsoon, many districts of Rajasthan had created conditions of excessive rainfall. There was also a stormy hailstorm. There was a sheet of hail in the desert. The rivers were in spate. Due to which there was a lot of damage to the crops.

Meteorologists are constantly updating with the possibility of the weather system becoming active during the days of the monsoon. The Meteorological Department believes that this time the monsoon may bid farewell a little early i.e. in the second fortnight of September.

However, the date of departure has not been clarified yet. But it is certain that before the farewell, there may be good monsoon rains in the border districts including Kota, Baran, Bundi and Jhalawar of Hadoti region of Rajasthan. Other districts including Chittorgarh, Mandsaur, Banswara, Udaipur will also be submerged.

For the past several days, the heat is showing its attitude. Due to the high temperature, normal life is also being affected due to humidity. With this summer, a new system of weather is being formed.

It is expected that this new system will show its effect after 10th September. Due to which good rains can occur in many areas of Gujarat, Rajasthan and Madhya Pradesh.