Railway gave a big update regarding Vande Bharat! The train will soon run on the track, the railway has given information 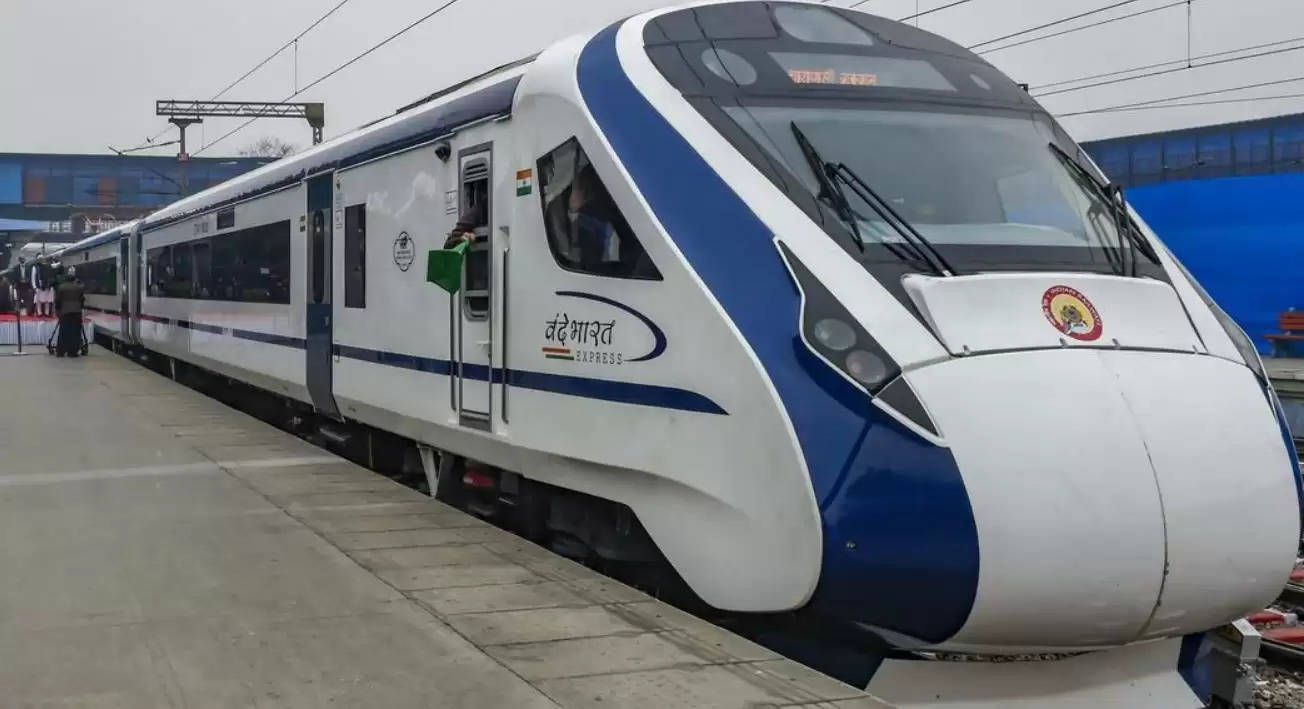 Newz Fast, New Delhi: Railways is planning to run the third Vande Bharat Express this month. Its route has also been decided by the railways. Railway Ministry official has given information about this.

Another new information is coming out from Indian Railways regarding Vande Bharat Express.

Railways is planning to run the third Vande Bharat Express this month. Its route has also been decided by the railways. Railway Ministry official has given information about this.

Train will run on track soon
Let us tell you that the date of its trial has also been fixed. According to the information received from the Ministry of Railways, after the route trial, CRS clearance has to be taken and then the train will be run on the fixed route.

On what date will the trial be held?
According to the information received from the Railways, the trial of this train will be done on 7 and 8 September. Its trial will be done between Mumbai Ahmedabad.

In the route trial, this train will be run by keeping the same load as the capacity of the passengers.

Railway gave information
According to the information given by the department, during the trial, some seats will be seated by the employees and the rest will be run on the track by keeping the load on the seats. The train will be run in the same speed as it will run regularly.

May start in festive season
Let us tell you that even after the trial of this route, its time table will be made. Railways have a plan that it will be started in the festive season, due to which passengers will be able to travel very easily.

This train will be run on 75 route
At present, only two routes operate in the country on the route from New Delhi to Shri Mata Vaishno Devi Katra and from New Delhi to Varanasi. Soon it is reported to be operated on the Lucknow-Prayagraj-Kanpur route.

There is a plan to run Vande Bharat on 75 new routes by 15th August next year. According to the Ministry of Railways, the production of the remaining 74 Vande Bharat trains after the construction of the new train will be done as soon as possible.