RBI Repo Rate: RBI may increase repo rate again in September, know what will be the effect on you 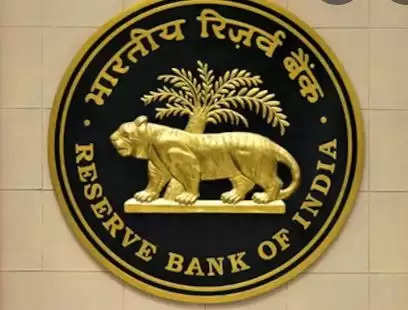 Newz Fast, New Delhi : Inflation continues to remain above the Reserve Bank's satisfactory level of 6 per cent, in view of which the central bank has increased the policy rates to 1.40 per cent in three tranches.

The Monetary Policy Committee of the Reserve Bank of India (RBI) may reduce the pace of increase in the policy rate. This opinion was expressed on behalf of Deutsche Bank.

Deutsche Bank estimates that the Reserve Bank (RBI) may increase the repo rate by a quarter percent in the September monetary review. The central bank has increased the repo rate by 1.40 percent from May to August this year.

Inflation continues to remain above the Reserve Bank's satisfactory level of 6 per cent, in view of which the central bank has increased the policy rates to 1.40 per cent in three tranches.

RBI to reduce interest rate after September!
The Bank of Germany said in a report that from here the Reserve Bank will reduce the pace of increase in interest rates. Earlier in the first week of August, RBI had announced a 50 basis point increase in the repo rate.

With this increase, the central bank has reduced the repo rate to 5.40 percent from the earlier repo rate i.e. 5.5% before the corona epidemic.

Economy will grow rapidly
Announcing the hike in the repo rate, RBI Governor Shaktikanta Das had said that the Indian economy is battling high inflation and it is necessary to bring it under control.

"The Monetary Policy Committee has also decided to focus on withdrawing the soft policy stance to contain inflation," Das said. Shaktikanta Das said that many institutions from IMF to IMF have predicted the rapid growth of our economy and it will grow the fastest.

In such a situation, when the RBI increases the repo rate, the burden on the banks increases and on behalf of the bank then the loan is expensive in the bank rate.