Oilseeds cultivation: Farming of oilseeds will increase the income of farmers, the government will help on these crops 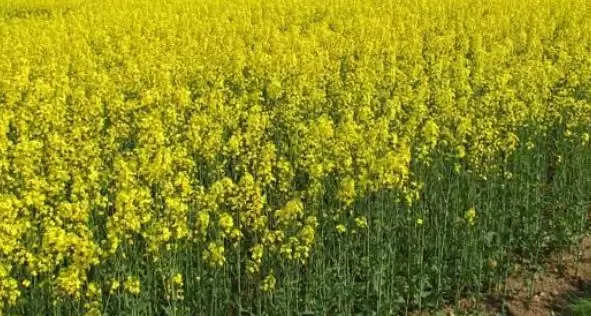 Newz Fast, New Delhi: So today, through this article, we will tell you about such crops of oilseeds, from which you can easily earn big money.

Farmers are increasingly moving towards cultivating oilseed crops to earn more profit. There is a growing demand for this cultivation in the market. Not only oil, but many other types of products are also prepared from its crop. Which is very important in today's time.

So come today, through this article, we will tell you about such crops of oilseeds, from which you can easily earn big money. For your information, let us tell you that most of the farmers in North India cultivate oilseeds in the field.

Farmers grow it in Kharif season, but farmers of the country are earning well by cultivating it in Rabi season also.
Rapeseed or Mustard Farming - Its cultivation is considered the most suitable for oil in the country. It is one of the other oilseed crops.

Because the products made from its crops are used in the home kitchen. Edible oil is prepared from its cultivation.
Sesame cultivation - This cultivation is extremely beneficial for the farmers. Because its crop is used from food to perfume and medicines. It has been learned from a report that India is the world's largest area in sesame crop.

Flaxseed Farming - Farmers can earn more profit from this oilseed crop as well.
Because many types of products are made from its crop like paint, varnish, printing ink and extracting edible oil, due to which farmers are adopting its cultivation and earning a good income.

For all these oilseed crops, the farmer brothers are also fully supported by the Government of India, for this, the government has also prepared many schemes, by which farmers can benefit.