National Conference on Agriculture: Government is making efforts to meet the challenges in the agriculture sector, contributing 160 million tonnes 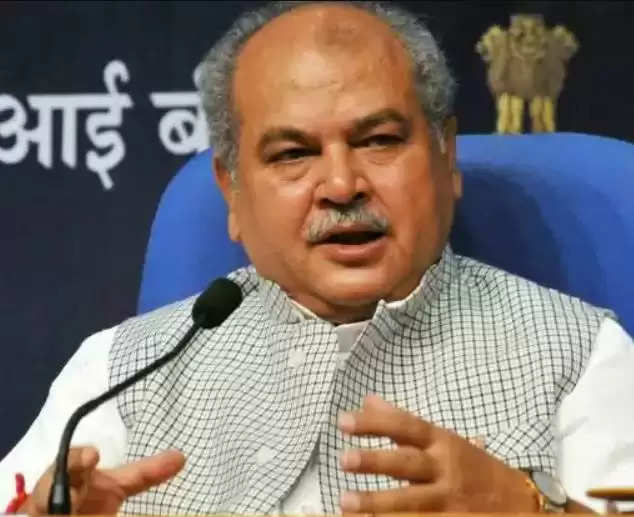 Newz Fast, New Delhi: The production of food grains is estimated to increase to 315.7 million tonnes in the 2021-22 crop year (July-June), which is five million tonnes more than the 2020-21 production.

Government takes many steps to increase the income of farmers. Agriculture Minister Narendra Tomar said that the country is trying to solve the challenges faced by the agriculture sector.

The Union Minister was addressing the National Conference on Agriculture for 'Rabi Campaign 2022-23' in the capital Delhi.

During this, he said that the production of food grains in the crop year (July-June) of 2021-22 is estimated to increase to 315.7 million tonnes, which is 50 lakh tonnes more than the production of the year 2020-21.

High Yielding Varieties (HYV), adoption of appropriate agronomic practices in low yielding areas, utilization of residual moisture, intercropping through early sowing and life saving irrigation for Rabi crops, through crop diversification and productivity enhancement There will be a strategy to increase the area.

Governments are discharging their responsibilities
Tomar said that the central and state governments are jointly discharging their responsibilities in the agriculture sector.
A lot of work has been done in the country in terms of production, due to which the production of food grains, pulses and oilseeds has increased. "Today the priority is to tackle and solve the challenges faced by agriculture," he said.

He said that all farmers should be brought under the purview of this scheme as it would make small farmers feel safe.

Tomar said that the productivity of the soil is decreasing due to the use of chemical fertilizers, so organic and natural farming is being promoted. He said that the central government is taking forward the agriculture sector and the state governments also need to make more efforts in this direction.