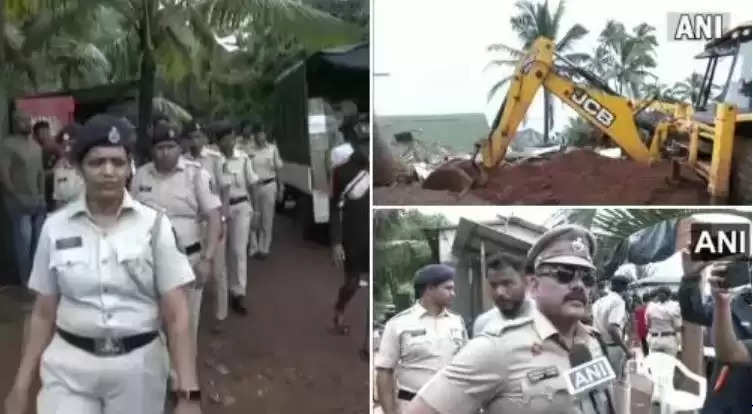 Newz Fast, Viral Desk: The Goa government has started demolition of illegal parts in the construction of Curlies restaurant for violating the norms set for coastal areas. This is the same restaurant where Phogat was last seen before the murder.

Demolition of the illegal portion of Curlies restaurant located in Goa has started. This is the same hotel where Sonali Phogat was last seen before her death.

The restaurant on Goa's famous Anjuna Beach was accused of building it in violation of the rules of the Coastal Regulation Zone. Shortly before the death of Tiktok star and BJP leader Sonali Phogat, she was holidaying in this restaurant and she died. Since then this hotel was in discussion.

The 5 people who were arrested by the police in connection with the suspicious death of Sonali Phogat include Edwin Nunes, who is the operator of this restaurant. However, he was released on bail after some time.

The administration said that the Anjuna police had reached the spot at 7.30 am and the process of demolishing the restaurant was started. It is alleged that this restaurant has been built in a no development zone and there has been a violation of rules. The order for the demolition of this restaurant was given by the Goa Coastal Zone Management Authority in 2016 itself.

Action of district administration after the order of NGT
The owner of the restaurant had moved from the High Court to the Supreme Court against this order, but could not get relief. The Supreme Court, while hearing the case, said that the NGT has the right to take a decision in this matter.

After this the hearing of the case started in the NGT. The NGT bench headed by Justice Adarsh ​​Kumar Goel had on September 6 upheld the demolition order of the restaurant. After that this action has started.

On Thursday itself, the district administration had issued a notice to the restaurant operators and told that action would be taken to demolish the construction on Friday.