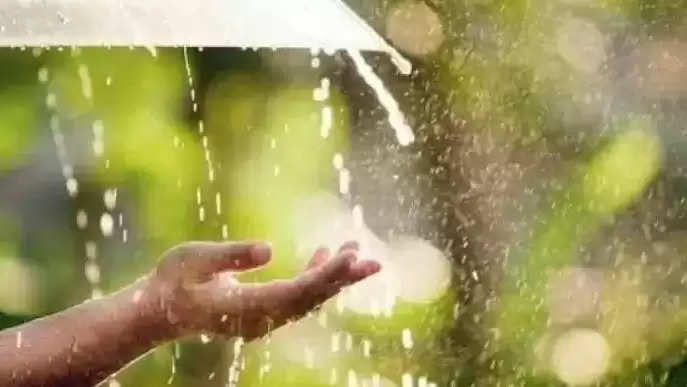 Newz Fast, New Delhi: According to meteorologists, there is a possibility of continuous rain at isolated places in the districts of Bhapal, Narmadapuram, Jabalpur, Indore divisions.

Even though the Monsoon Trough is not active, but due to the weather systems at different places, moisture is coming from the Bay of Bengal, due to which various districts of Madhya Pradesh are receiving moderate rainfall.

According to meteorologists, at present, intermittent rain is likely to continue at isolated places in the districts of Bhapal, Narmadapuram, Jabalpur, Indore divisions.

According to the information received from the Meteorological Center, three months of the rainy season have been completed on Wednesday. During this, till 8.30 am on Wednesday, a total of 950.7 mm in Madhya Pradesh. It has rained, which is 21 percent more than the normal rainfall (782.6 mm).

1601.5 mm so far in the capital also. It has rained. This is also 99 percent more than the normal rainfall (803.3 mm). However, still five districts of the state Alirajpur, Jhabua, Datia, Rewa and Sidhi have received less than normal rainfall.

The Meteorological Center said that the Monsoon trough has reached the Himalayas, but a cyclone remains in the upper part of the air over Tamil Nadu. From this cyclone to the central part of Madhya Pradesh passing through Vidarbha, a trough line remains.

A Western Disturbance is seen as a trough over Pakistan and adjoining Jammu and Kashmir. Due to the moisture being received due to the effect of these weather systems, intermittent rain may continue in the districts of Bhapal, Indore, Jabalpur and Narmadapuram divisions.