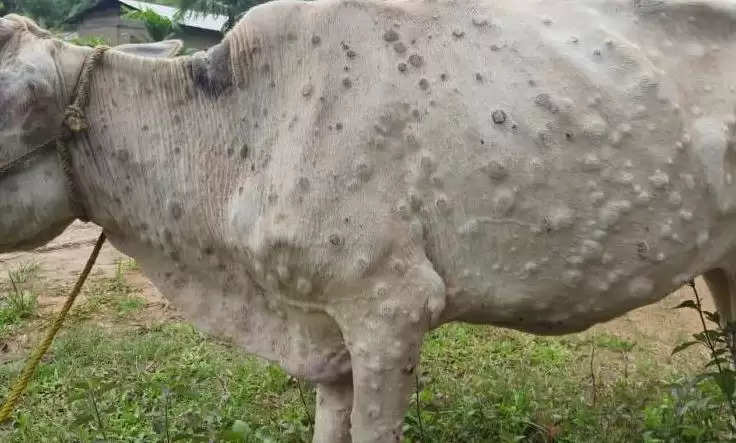 Newz Fast, New Delhi: More than 150 cases have been reported in the national capital of the country as well.

Till now there was talk of spreading it in 12 states, but now Union Minister for Fisheries, Animal Husbandry and Dairying Purushottam Rupala said that the lumpi virus disease has spread in 16 states, which has killed more than 58 thousand cows.

Along with this, Union Minister Purushottam Rupala said that we have talked with the manufacturers making vaccines to speed up vaccine production to protect against lumpi virus.

He said that he had also gone to the state to inquire about the situation, where the state government extended full cooperation. In fact, maximum number of cows are dying due to lumpi virus in Rajasthan.

Along with this, he said about the milk crisis that I have spoken with Amul, who said that there is no crisis of any kind regarding milk collection.

What are the symptoms of lumpy virus
According to the information received, animals infected with lumpi virus are giving up food and they have high fever. Along with this, saliva and water fall from their nose and mouth. On the other hand, there are small grains in the skin of the animals, which are later turning into wounds.