Indian Railways: Senior Citizen will get rebate in rail fare! This rule will be applicable soon 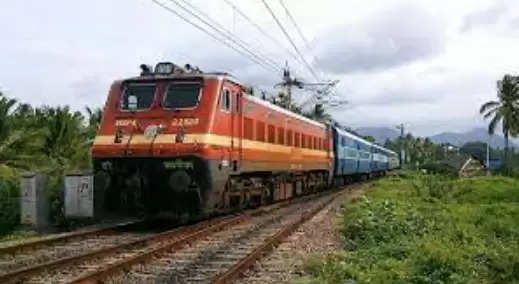 Newz Fast, New Delhi: If this rule is implemented, then again the concessional tickets of other categories of passengers including senior citizens and sportspersons will start getting. The railways had to face criticism in the last days for not restoring the exemption.

If you also travel by train then there is important news for you. Another big facility is being started by the Railways for the passengers. On the demand of the people, Indian Railways is once again considering giving concession in fare to senior citizens.

If this rule is implemented, then again senior citizens and other categories of passengers including sportspersons will start getting concessional tickets. The railways had to face criticism in the last days for not restoring the exemption.

Age limit may change
According to the information received from the sources, the railways may change the age limit criteria to give relaxation in the ticket price again.
It is expected that the government should provide concessional fare facility to people above the age of 70 years. Earlier this facility was for women of 58 years and men who had completed 60 years of age.

The exemption was closed during the Corona period
In fact, till March 2020, the railways used to give 50 percent discount to women aged 58 years and above and 40 percent to men who were 60 years of age and above.

This discount was available for traveling by train in any class. But after the Corona period, this facility was closed when the movement of trains was restored. At that time, this decision of the railways was criticized a lot by the people.

80 trains have premium tatkal scheme
It is also being considered on the railway side that 'Premium Tatkal' scheme should be started in all trains. This will help in getting more revenue. The implementation of this rule will make it easier for the Railways to bear the burden of concessions.

Presently this scheme is applicable in about 80 trains. The Premium Tatkal scheme is a quota introduced by the Railways to reserve certain seats with dynamic fare pricing.