Ind vs HK: After the victory of Team India, Rohit opened his heart, said – no words left to praise this player 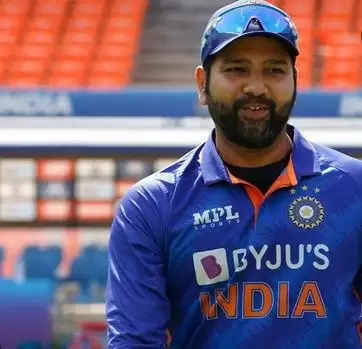 Newz Fast, New Delhi: With the victory, Team India has become the first team to make it to Super 4 from Group A. At the same time, Afghanistan has reached the Super Four from Group B.

Team India defeated Hong Kong by 40 runs in the fourth match of Asia Cup 2022. This is India's second consecutive win, having defeated Pakistan by five wickets in the opening match of the tournament.

With this victory, Team India has become the first team to make it to Super 4 from Group A. At the same time, Afghanistan has reached the Super Four from Group B.

Team India's captain Rohit Sharma appeared very happy after the victory against Hong Kong. He also praised a player of the team fiercely.

Too few words to praise
Rohit Sharma said after the match, 'We batted very well in the beginning of the match and scored a very good score. We could have done a little better in bowling.

Words will be less for the kind of innings Suryakumar Yadav played in this match. We have seen him play such innings often.
He just comes out and bats fearlessly what the team expects from him. He played some such shots, which are not written anywhere in the book of cricket.

4 sixes in the last over
Suryakumar Yadav played an unbeaten innings of 68 runs in just 26 balls in this match. In this innings, 6 fours and 6 sixes were seen with his bat.

Suryakumar, batting on 42, hit four lofty five-ball sixes off Haroon Arshad in the final over as he completed his half-century in just 22 balls.

Team India added 26 runs in this 20th over. Suryakumar Yadav was also adjudged man of the match for this performance.