How did the Ak-47 get its name? Know interesting story of making dangerous machine gun 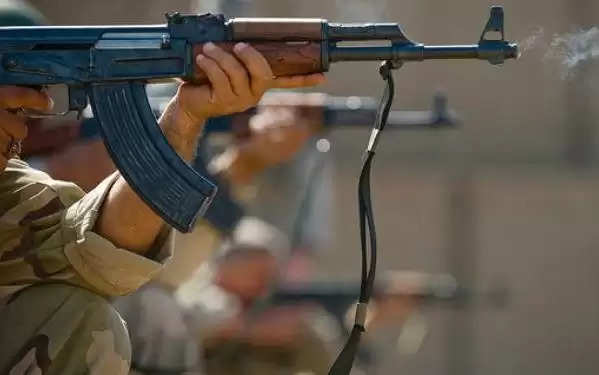 Newz Fast, New Delhi: Talking about Mikhail Kalashnikov, who made AK-47, Mikhail was a poet and 6 books have been published on his poems. Kalashnikov joined the army only at the age of 19.

Mikhail Kalashnikov believed why the gun had to be pulled repeatedly to load it. To fire the same bullet, a process has to be repeated over and over.

That's why he thought that a machine gun should be made that does not have to follow the same process again and again to fire. So Mikhail Kalashnikov started working on creating an automatic machine gun.

Talking about Mikhail Kalashnikov, who made the AK-47, Mikhail was a poet and 6 books have been published on his poems. Kalashnikov joined the army only at the age of 19.

After enlisting in the army, Hitler attacked the Soviet Union in 1941 during the Second World War and during that time the tank which Mikhail was driving also caught fire and he was injured.

When he began to recover, he began his work on making the AK 47. Mikhail designed the AK-47 only at the age of 28. It is an automatic machine gun.

So to name it automatic, the word Kalashnikov was taken from Mikhail Kalashnikov. It was prepared in the year 1947 so 47 was taken. Thus its full name became AK-47.

The AK 47 was made by combining several earlier technologies. It has been designed in such a way that it works smoothly even in very cold areas. It keeps working after getting a lot of garbage in it.

It usually has a life of 20-40 years, although it also depends on its maintenance and how it is being maintained.

For accurate aiming with AK 47, back and front gauges are given in it. Seeing which makes it easier to aim accurately.
After retiring from the army, Kalashnikov earned a doctorate in technical science and became part of 16 more educational institutions. When Mikhail Kalashnikov was once asked that thousands of people are killed by your weapons

So how do you fall asleep thinking about it? So he said that I sleep very well. Mikhail Kalashnikov died in 2013 at the age of 94.