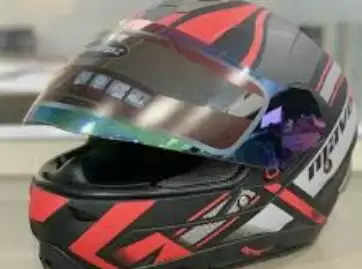 Newz Fast, Viral Desk: A video is going viral on social media in which a policeman is seen wearing a helmet by chanting mantras instead of cutting the bike. The video is being liked a lot on social media.

One such video is going viral on social media, seeing that you too will become a fan of this police officer. People are liking this video a lot and users are praising the police officer fiercely.

If you also watch this video, then you will not be able to stop yourself from praising the officer's style. In this video going viral on social media, a police officer is appealing to people to wear helmets in a very unique way.

Two wheeler drivers who are driving without wearing a helmet, the policeman does not stop them and cut them off, but wears helmets after reciting the mantra. Along with this appeals people to drive wearing helmets.

The policeman with folded hands tells the driver that I am praying with folded hands that while driving in front, I must wear a helmet or else I will remember and the next time I am caught, five times the challan will be deducted. The driver also says that he will not make this mistake in future.

Funny comments made by users
This video has been shared with the social media account named @JaikyYadav16. After seeing this, other social media users are praising the policeman. One user wrote, 'People follow their passion very well, one of them is this sir.

Best police officer!' Another user wrote, 'What is the name of Pandit ji? Chanting is doing very well. The process of views and comments on the video is not taking its name to stop. So far this video has been retweeted more than 1182 times.