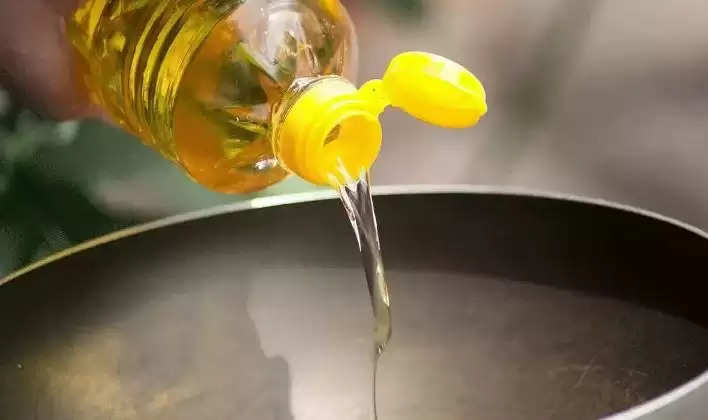 Newz Fast, New Delhi: Now its current price at Kandla port has come down to $ 990 per ton. In such a situation, there is heavy pressure on the rest of the oilseeds prices and a deep crisis has arisen in front of the importers and the oil industry.

There is relief news for common man. In fact, due to the breakdown of crude palm oil (CPO), palmolein and mustard oil prices in the foreign markets last week, almost all edible oil oilseeds prices in the oil-oilseeds markets across the country were all-rounded.

Now its current price at Kandla port has come down to $ 990 per ton. In such a situation, there is heavy pressure on the rest of the oilseeds prices and a deep crisis has arisen in front of the importers and the oil industry.

He said that despite this decline, consumers are not getting proper benefit of the fall. In retail business, retail traders are charging higher price from customers due to keeping MRP 40-50 more than the wholesale price.

Sources said that when the CPO at Kandla port is sold at Rs 88 per kg, then where will the mustard coming next March be able to be consumed in front of it.

Considering the possibility of increasing the MSP of the new mustard crop by the government for the upcoming Rabi crop, the cost price of mustard oil is expected to be Rs 125-130 per liter.

Indigenous oilseeds will not be able to survive in front of cheap imports. The government will be able to buy only 20-30 lakh tonnes of mustard, so questions will arise on the consumption of the rest of the mustard.

New crop of soybean is coming in the mandis
Sources said that new cottonseed crop has started arriving in the mandis of Haryana and Punjab. Palmolein oil is so cheap that it has become impossible for other oilseeds to survive beyond it.

Sunflower oil will also not be able to survive the pressure of this fall. In the next 15-20 days, a new crop of soybean is also going to come in the mandis, due to which there will be further decline in soybean.

Because of this, a lot of stock is left with the farmers. The breakdown of soybean is also almost certain.
According to edible oil traders, the second biggest problem is regarding MRP. After selling at low margin in bulk, retail traders sell this oil at a higher price of about Rs 40-50 under the guise of MRP.

Whereas this MRP should not exceed Rs 10-15 over the actual cost. Sources said that in meetings with the government, retailers agree to reduce MRP above Rs 50, usually by Rs 10-15, but this deprives consumers of taking advantage of the fall in global edible oil prices. .