CG Weather: Light to moderate rain expected in Chhattisgarh today, monsoon likely to depart by the end of the month 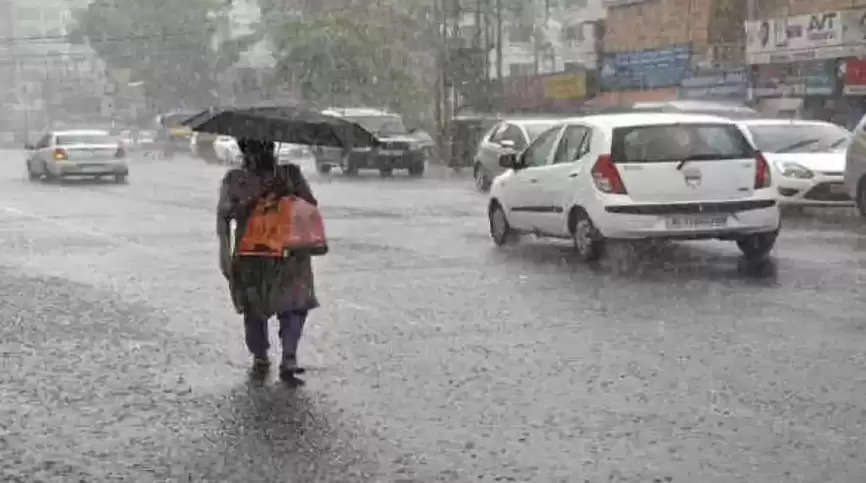 Newz Fast, New Delhi: This rainfall received across the state is much more than last year. However, early departure of monsoon is possible this year.

The maximum and minimum temperatures have been increasing continuously in the state for the past few days due to the brakes on rainfall. Due to this, the uneasiness among the people has also increased due to the increase in the temperature.

The Meteorological Department says that now even a strong monsoon system is not forming. The departure of Southwest Monsoon is likely by the end of this month.

The weather remained normal across the state including Raipur since Friday morning. Due to the hot sun, the mercury rose further, due to which an increase in the humidity was recorded. The maximum temperature of Raipur was four degrees Celsius above normal.

Meteorologist HP Chandra said that due to the influence of Monsoon trough, light to moderate rain may occur in the state on Saturday.

Raipur has received 772.5 mm of rainfall, which is normal. This rainfall received across the state is much more than the previous year. However, early departure of monsoon is possible this year.

️ Hot day in Bilaspur, sweating even at night, clouds in the sky
The difference between maximum and minimum temperature is about eight degrees Celsius.
Bilaspur. In the court, the rainy season looks like summer. It is frosty during the day due to hot sun and heat. The humidity has also increased due to the consolidation of clouds in the sky. Alam is that now we are sweating during the day as well as at night.

The sky has been cloudy since Saturday morning. According to the Meteorological Department, a change in the weather is possible from September 6. There is a chance of rain once again.

According to Meteorologist Dr.HP Chandra of the Meteorological Observatory, the monsoon trough is passing through Amritsar, Ambala, Bareilly, Azamgarh;, Chhapra, Malda and from there eastwards through Nagaland via northern Bangladesh and Assam.

Light to moderate rain or thundershowers are very likely to occur at some places on September 3. There is a possibility of thunder and lightning at one or two places. At the same time, if the meteorologist is to be believed, a change in the weather is possible from September 6.

The situation of heavy rainfall is being created in the state. If all goes well then it will rain again. For now, the heat and humidity will remain in the atmosphere.

There is less chance of rain on September 3 and 4. Five will start forming the system. At present, there are dark clouds in the sky. Meanwhile, along with Bilaspur, Pendra Road is also getting hot.