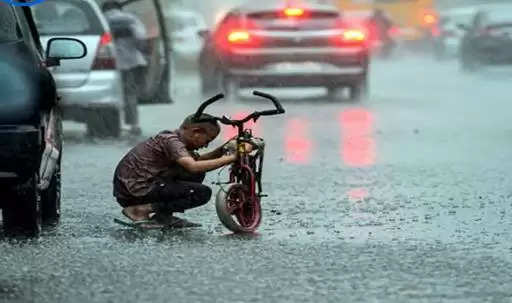 Newz Fast, New Delhi: Due to the change in the weather, the outbreak of heat has reduced. It is expected that this situation may remain like this for a day or two. The Meteorological Center has predicted thunderstorms and heavy rainfall.

The weather remained pleasant due to the rain on Sunday in different parts of the state including the capital. The rain brought respite from the scorching heat.

According to the meteorologist, the Monsoon Trough is passing through Naliya, Ahmedabad, Brahmapuri, South Odisha towards East Central Bay of Bengal. Due to their effect, monsoon activities will increase in the state.