Awanish Sharan: Failed 10 times in PCS, yet did not give up stubbornness, read the success story of IAS Awanish Sharan 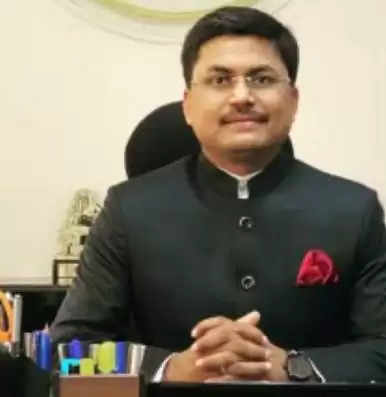 Newz Fast, New Delhi: There are many people who got less marks in high school and intermediate exams, who surprised people by becoming IAS. The story of similar success is that of IAS Awanish Sharan.

Although it is a dream of many people to become an IAS after passing the UPSC exam, but there are very few people who are able to make it come true.

Actually this happens because most of the people do not understand how to prepare for the exam or how to manage their time. Apart from this, some people believe that only those children who are good in studies from the beginning are able to pass the UPSC exam.

But it is not so. There are also many people who got less marks in high school and intermediate exams, who surprised people by becoming IAS. The story of similar success is that of IAS Awanish Sharan.

He told that he failed 10 times in the State PCS examination, but did not sit at home after giving up. After this, he cleared the UPSC exam in the second attempt.

Apart from this, only 65 percent marks were obtained in 12th and 60 percent marks of Avneesh Sharan in graduation. But he never lost his courage and later became IAS after passing the UPSC exam.

Users praised fiercely
Ever since people came to know about the success story of IAS Avneesh Sharan, they are praising him a lot. A user named Mridula Bharti wrote that you have shown the marks but the travelogue of the hard work and passion behind UPSC will be more interesting.

At the same time, a user named Pooja tweeted, 'The boat does not cross because of fear of the waves, those who try do not lose. You have proved this line to be true.