Anupamaa: His girlfriend will come to Shah House to meet Toshu, will Kinjal become the second Anupama? 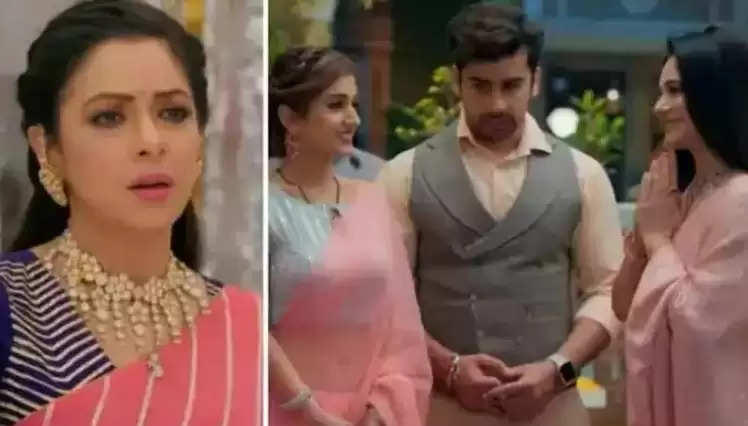 Newz Fast, New Delhi: The explosion will happen when Anupama will get a call from Paritosh i.e. Toshu.

Anuj's Accident, Property Conspiracy and Pakhi-More affair did not work for the makers. Twistkinjal in Anupama's story will also bear the pain of Soutan?

The constant trolls of the show on social media
After last week, the show has slipped from number 1 to number 2 in the TRP list after a long time. But now it seems that the makers have planned to bring the same twist to the show from where the show started.

Yes! The show started with the extra marital affair of Vanraj and Kavya, now the same story is going to be repeated by Vanraj's son Paritosh.

Girlfriend will come to meet Toshu
In the episode which is going to be telecast on Monday i.e. tomorrow, everyone will be seen busy in the naming rituals. But in the meantime, there will be an explosion when Anupama will get a call from Paritosh i.e. Toshu.

A call will come on that mobile, as soon as Anupama picks it up, a girl's voice will come. This voice will be of Toshu's girlfriend, who has come to Ahmedabad from Rajkot to meet him.

Kinjal will repeat the story of Anupama
Now after this twist, it has to be seen whether what Vanraj and Kavya did to Anupama, that is, if she had to live with Sautan in her own house, will Kinjal also be in the same condition?

Will there be any poetry in Kinjal's life as well? There is a lot of discussion about this turn of the story on social media too.

She will recite the lesson of decency to Vanraj and his son in front of the entire Shah House.
Whatever it is, it is certain that the makers have made the story fun again to keep their fans hooked to the serial. Along with this, another entry is also being expected in the show in the role of Toshu's girlfriend.