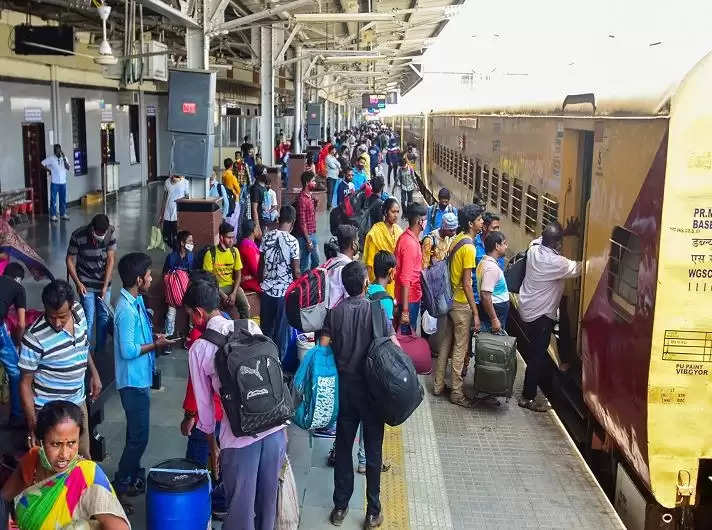 Rail is the most important means of transportation for the people. Rail travel is included in the daily routine of many people, while some sometimes go to travel through it.

Preparation to crack down on fake agent
In return, the agent has to pay an additional cost from the ticket money. The government is now preparing to crack down on this agent system.
Under the new system, the government will make changes in the Passenger Reservation System ie PRS and exclude those agents who get tickets made fraudulently.

With the change in PRS, the network of fake users with fake IDs will end and fake agents will also be out.

Important changes will be made in the booking system
In fact, fake agents do black marketing of tickets, due to which the money of the passengers is lost. At the same time, the income of the government also decreases. IRCTC, the company that manages the online reservation of railways, has entrusted the responsibility of changes and upgrades in PRS to Grand Thornton Company.

Big preparation of IRCTC
Now Grand Thornton Company will do research about the reservation system of IRCTC and give suggestions for improvement in it. After receiving suggestions for improvement from the company, work will be started in the Passenger Reservation Center by the end of this year.
After the reform, the capacity of PRS will increase and more and more people will be able to make online reservations without any hassle.

How does fraud happen?
Let us tell you that at present, booking of confirmed tickets is very difficult. Even in Tatkal, people find it very difficult to get tickets.
The reason is that agents are already staring at tickets in the greed of extra earning. But due to change in PRS, people will get relief from this problem.

After the change in PRS, such agent will be taken out of the system. Such agents overload the PRS by taking advantage of the shortcomings of online booking and later black-market the tickets according to their own.

Agent take over booking system?
It is worth noting that IRCTC upgrades the online booking system from time to time so that its capacity can be increased. Currently, the share of e-ticketing has increased to more than 80 percent.

This means that 80 tickets are being bought online for every 100 railway tickets. But agents kill a large stake in this and common people are hardly able to book confirmed tickets.

According to a figure, IRCTC has more than 100 million registered users, of which 76 million are active users. PRS handles more than 10 crore reservations every day.

With the improvement and changes in PRS, IRCTC will also upgrade its portal so that more and more tickets can be booked.