The Kapil Sharma Show: Kapil Sharma's troubles increased, after the release of the promo, this comedian said goodbye to the show 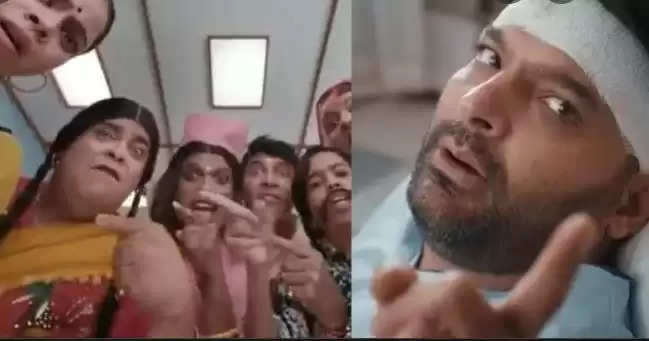 Newz Fast, New Delhi: A comedian has withdrawn his name from the cast of 'The Kapil Sharma Show' and will no longer be seen on TV.

The promo of The Kapil Sharma Show has been released. Soon this show will return to TV. After the release of the promo, a big news related to this show is coming out.

Let us tell you that a comedian of this show has left the show on the last occasion. After this Kapil Sharma's troubles are likely to increase.

Yes, a comedian has withdrawn his name from the cast of 'The Kapil Sharma Show' and now he is not going to be seen on TV.

Sandalwood show
'The Kapil Sharma Show' is starting from 10th September. Many old comedians are not seen in this show, including the names of Bharti and Krishna, but this time Kapil is going to start his show with a new comedian.

But in the meantime news is coming out that Kapil's friend Chandan Prabhakar is also going to leave the show. Chandan himself has confirmed that he will not be seen in this show.

Sandalwood want to take a break
Let us tell you, Chandan plays the role of Chandu in 'The Kapil Sharma Show'. He revealed that he will not be a part of the show. The comedian said that there is no particular reason behind it. I just want a break from it.

There is a special bonding between the two. Chandan has appeared in the promo of Kapil's new season. Not only this, he also has a wife in the new season. In such a situation, fans are finding it a bit awkward to say goodbye to the show.